Home » Where do birthdays go when you’re no longer here?

Yesterday evening was spent in the company of my friend, who also goes by “Luna”. It was spent dog-sitting two puppies the entire week prior to that meeting so it was more than generous to get outside these walls and admist some female energy. She’s a good listener. She cares a lot to ask not just any questions but detailed questions that you would never have thought about yourself if it wasn’t for her curiosity. Eg, “where is your favourite place to sit when you go back home?”

I am going to be with my family in a few days. I try not to get too presumptuous or excited about it because I was hurt pretty badly last year and while I did get to come home to every single person that I define myself by, I left with having said a forever earthly goodbye to one of them. I can tell you this much, that stung and it fucking gets more unbearable as time goes by.

Today is my dada’s birthday. I had always felt strange typing the words “dada” while talking about my father. That was our name for him ever since we were ye tiny talking kiddos. As an adult, it felt childish, especially since a lot of the cooler kids seemed to have moved on to “dad”.

Right now, I say eff that. I look up “dada” constantly on my blog to see what I had written about him. All good things. He is my biggest inspiration, snack-maker, food hero, and hero in general – more so after he was paralysed. Although we would butt heads from time to time (so impatient!), he would always give in. Some might say that’s a sure way to get walked all over but he didn’t care. He grumbled and slept it off.

I would like to FaceTime him and say happy birthday (!!) before he dashes off on his next adventure. If you can hear me, I am groaning like Napoleon Dynamite because I can’t. I’d like to think the two times I called him last year counts for this one but that’s foolish. I wish he was here for his 69th. I know he’d have a crude joke to go along with it.

My friend asked if we were going to do anything special to mark 1 year since his death and I couldn’t think of anything. (I’m the worst interviewee). But I was struck by the idea of marking his death day just as we would his birth. It’s all part of his story, his metamorphosis.

I think a lot about where he is now, if he’s just an idea in my head or a… let’s just say it: A ghost. I’ve had some of the wildest encounters with what I could only describe as his soul moving through life in a much bigger way but I’m part-skeptic so I just take the warm fuzziness in the moment, chronicle it and move on. He’s also been in so many vivid dreams – walking, riding the bike, answering many of my unanswered questions. I can wake up and feel like nothing changed, which sometimes makes it more difficult to wake up.

Happy birthday, D. This time last year, I was eating at a Hungarian restaurant with Matt, who complained that the food was bland. But I wanted to celebrate and thought that since my sisters were in Hungary, it would be like we’re toasting you all together. A couple days later would end up being the most challenging time in your life, a revision of everything we considered normal. But you never forgot your sense of humour and your nicknames with which you greeted everyone who came to visit you. You always put others first and part of the reason why everything happened the way it did was because of this.

You have made us better people, even more compassionate if that’s even possible. I know it’s your birthday but really, it’s always been you giving us the meaningful gifts. You’re remembered fondly and missed greatly by soooo many people. Cheers dada. Here’s another for the memory books. 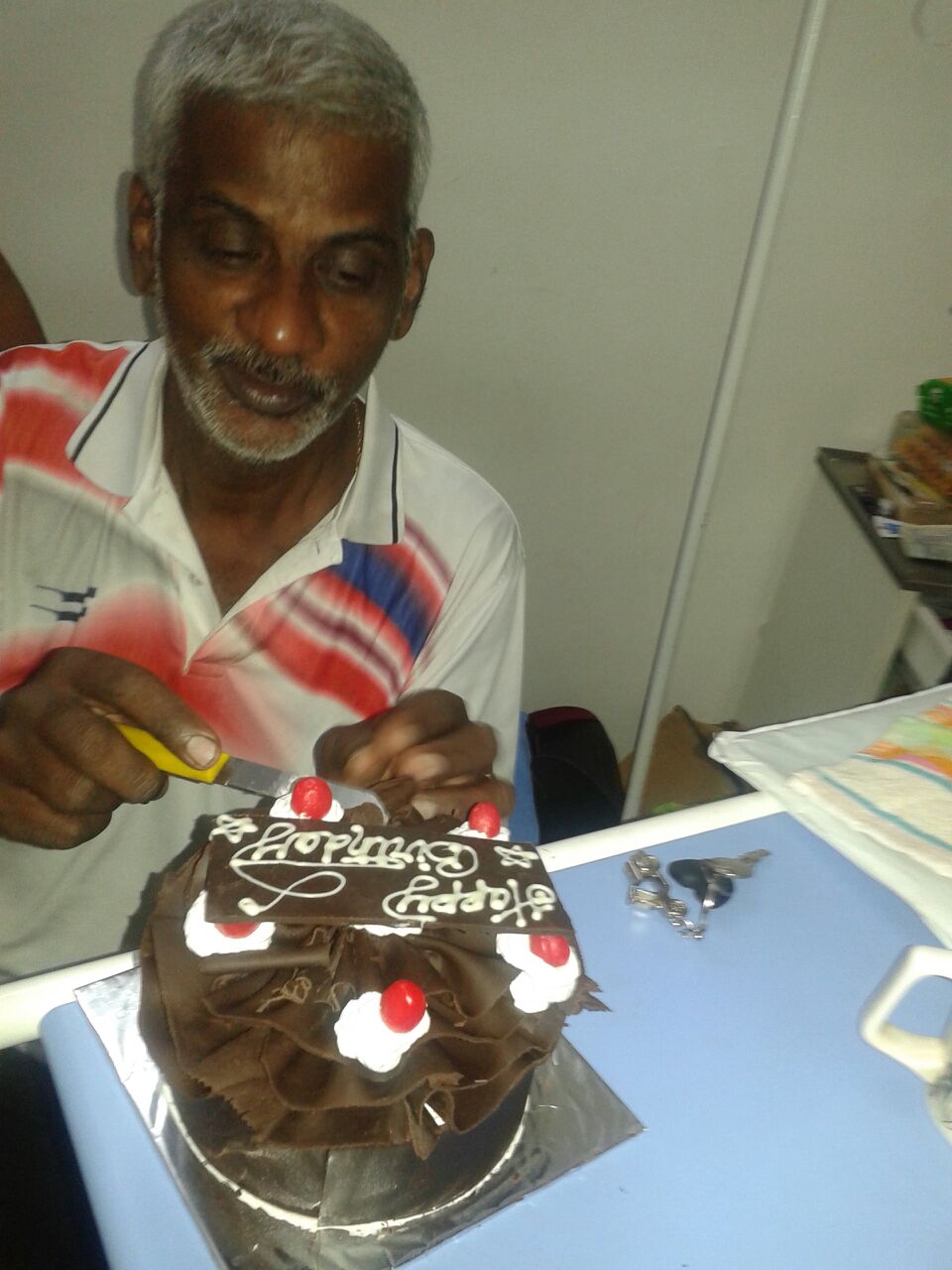