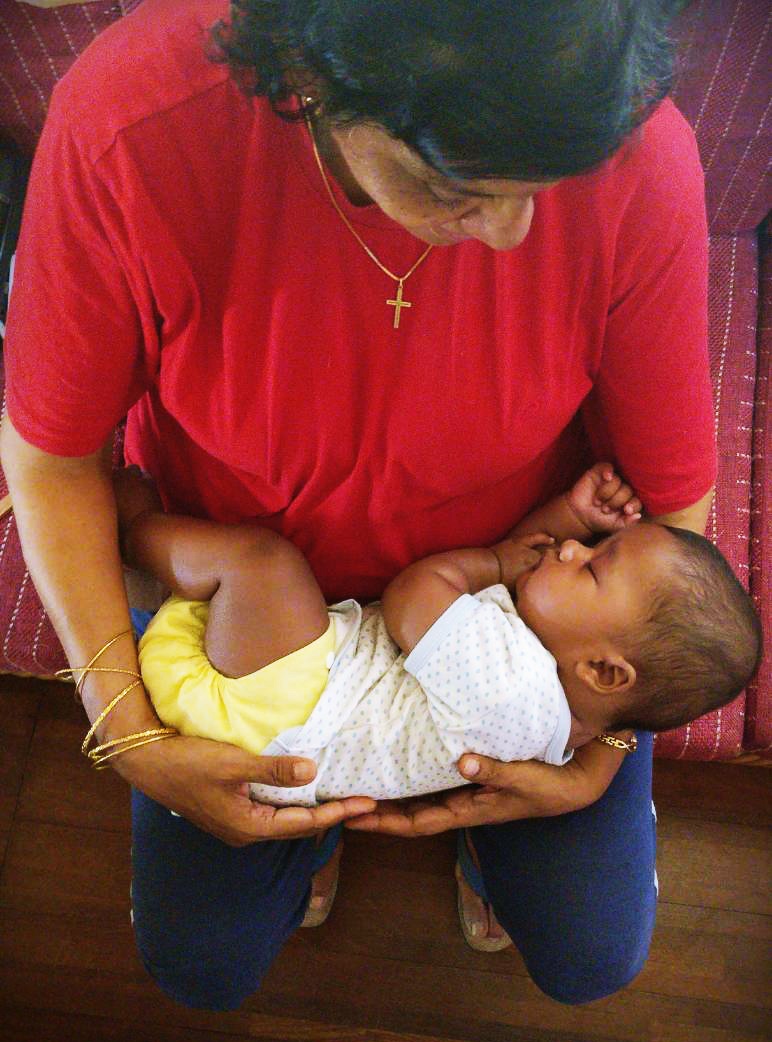 I’ve been contemplating not doing any Mother’s Day interview with my mother this year because after having lost my dad, I realise exactly how painful it can be to be the one with NO DAD. I’m sure it feels the same to be the one with no mother. But then I thought about it for more than a second and realised another important thing: Even though I don’t have a dad now, I would still want to get to know my dad better. A few weeks after he died, I read the one interview he did for me and it brought me joy when the rest of the world was coloured in grey. For me it isn’t about grand gestures or phone calls or any of that token stuff. For me it’s just the gift of time to get to know my parents as people. A lot of what shapes us as humans are how we push through major life changes and sure enough, having kids was a pretty big one for my parents.

I wasn’t just mothered by my mother though. There was my crafty dad, who would make all our school tiffin boxes and meals, Romaldin, who took care of us for a few years when my parents had to work (and now checking in with my mother everyday!), Grandma, who made us many second breakfasts and finished up my cross-stitch projects for school (don’t worry feminist friends, even the boys had to do it), Babdi (my grandpa), who would tell the best stories making up the best parts of our childhood and my nanu, uncle Edgar and A Pacy, all who contributed to our upbringing in their own ways (you’ll find a lot of stories if you read this blog).

My mother was a wonderful mother too. The end of last year (which feel like this year) was one of the worst ones I have ever experienced in my life. Knowing that my mother lives with a chronic, maybe fatal illness, it had always been a huge fear that I would get a call from my sister in the middle of the night giving me news I wouldn’t know how to handle. Little did I know that would happen in a totally other fashion, my world turned upside down. I had to watch my mother watch us watch my dad die (actually it was just me) but the minutes after, I had to watch them react to what I already experienced. The life leaving his body, that last deep breath. I’m not crying writing this. I didn’t even cry then. I just didn’t know what the fuck was happening but I promised that we would be there for each other. Some days I felt like I was mothering my mother but she managed to give us so much strength through her presence. She was the only person there when my dad had his accident and for a few days she was forced to surrender complete control of life as it was. It’s one of the strangest feelings having to move on without people who made up your everyday and I just want to virtually hug my mother for being so honest with her emotions during that time. I’m trying to describe a time that’s currently indescribable so I’m going to stop and just say what I said on facebook, sitting on the floor near my dad’s bed a few hours before he died.

“I love my mother more than words can say. She is always encouraging quietly and being strong for me when I need it the most. Thank you Jacqueline D’Souza for raising me and showing me what’s really important in this world.”

Happy mother’s day mama and to all the mothers, fathers, grandparents, aunts, uncles, people next door and complete strangers who exhibit kindness and a pretty great dirty look to the next generation. I appreciate you so much. 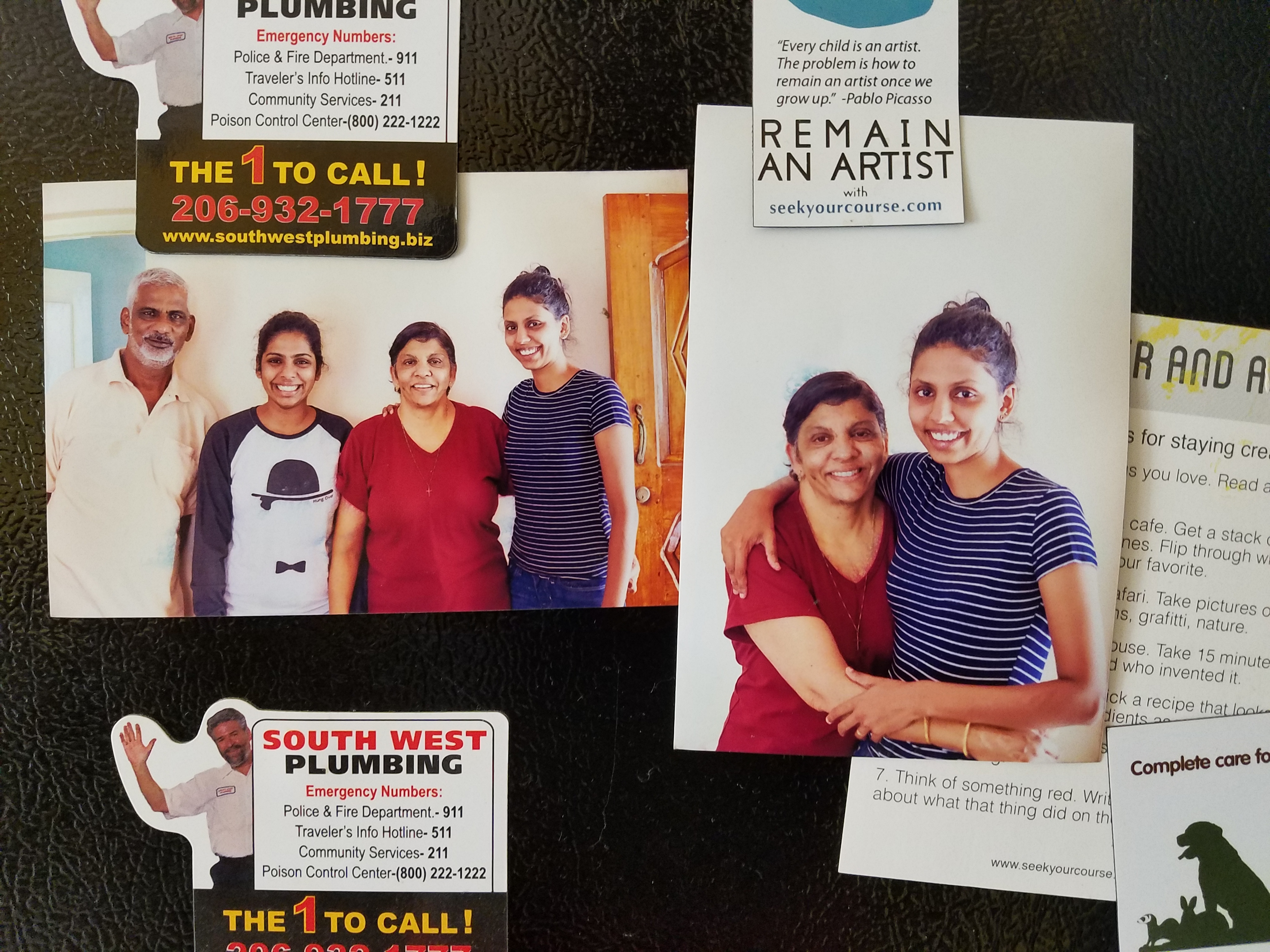 1) How did you feel the first, second and third time you knew you were becoming a mother?

The first time – shy, sick, apprehensive, happy, amazed. The second time seemed too soon – Jane was not even a year old. I wondered how I’d manage. Though I was happy Jane would have company. Worried, because I’d fallen twice from a scooter/bike. Third time – ‘twas like “been there done that”. Again (I was) apprehensive because we were now in our own house. It was going to be busy.

2) Jane question (JQ): How much easier was it being our mother with Dada as a father? What were the qualities he brought to raising us that just made your heart swell?

He was back at his job in Saudi Arabia so it was over the phone the first time. I guess he couldn’t be happier because he went on shopping sprees buying me maternity clothes and baby stuff. He didn’t need another excuse to pack up and come home for good. That was what he promised me before he left.

Dada always took care of stuff. So he was Mr Dependable. His love was unending and he didn’t say it but showed it in so many ways. There was nothing he wouldn’t do to make things easy for us. Just had to say it and he would take care of it. Hard work (maybe too much), never keep things for later, making sure he had your backs when you lived in Bombay – making sure you had enough money. There was nothing he could not do. Even taking care of Uncle Edgar – which he did single-handedly – and run his business putting service before self.

3) JQ: What part of Dada and yourself do you see in the three of us?

I see a lot of Dada’s qualities in all three of you. This may not say it all but just a summary of what I think. Edlyn is a lot like him – strong in character and what she believes in. She has been and continues to be my support. She doesn’t like fanfare. Observant. Gayle has inherited his love and passion for cooking – though not the local fare. She, like him, puts her heart into it. She also has my laid back qualities. Jane is creative and can’t be bothered about order around her. Sensitive but won’t show it – like her father. Doesn’t say much like me.

You are my prized possessions. Love you all so much. I’m a proud mama when I see all you have achieved and yes, Dada was proud of the 3 of you too. He nodded his head when I asked him this in hospital.

5) Do you ever wonder (not like we know for sure) how life would be like for us if you were not around?

I don’t wonder. It’s the worst feeling losing someone you love and unfortunately, it’s a part of life.

6) Would you still want us to talk to you?

Yes, everyday n every time because talking to you brings me closer to you.

7) How do you hope we do as sisters carry on should that ever happen?

I just would want that you stay close to each other for always despite petty differences. It’s not worth it. Be there for each other.

8) Sorry I’m asking so many questions about death but how hard was it for you when knew your mother died? How did we go on without her?

When my Mama died, it was the worst thing. Deep down I knew she wouldn’t make it but it all happened so fast. I think about her and wish she was here still.

9) Do you still miss her with sadness or is it mixed with happy thoughts?

I feel sad but also blessed because she was a great lady. She cooked so well, sewed my clothes and had a big heart. She made sure we had food on the table and worked hard.

I did talk to her sometimes but now I have Dada in my thoughts more.

11) What did you learn and unlearn from grandma about being a mother? We both know nobody is perfect.

I am a far cry from Grandma. I was not as good as she was with cooking or sewing. But I wish she spent time doing fun things with me even though she worked hard. I try not to look at the dark side of life like she did.

12) Parenting – especially mothering – is seen as some sort of noble pursuit when in fact, it’s just women trying to do the hourly best they can for a small human. Did you ever feel pressured to make choices as a parent thinking “oh they are going to LOVE me when they’re older”. Or was it more like “I’m so tired, make your own food”?

No. I didn’t feel pressured. I let myself take the road life had in store for me.

13) Did you ever feel guilty or bad about any parenting choices you wish you didn’t make? Would you like to share?

Wish I had listened better and didn’t make you do things the way I wanted them done. I’m happy just seeing each of you evolve to be who you are, so I think I did pretty well.

14) What’s your favourite song? Who did you love listening to in your youth?

Pearly Shells because it was a song I did with my Dad. I liked listening to music of the times.

15) In your experience, what is the best way to make a big decision?
I tend to keep things on the back burner rather than to make hasty decisions. I would say, think it out and view different options and then make a decision.

16) What’s the first thing you learnt to cook and what’s your current favourite food?

I cooked mince when I was in Kuwait – grandma gave me instructions. I love pasta.

17) JQ: How much patience did you (and Dada) have not outrightly asking Edlyn or me for a grandchild? Knowing Jacob now do you think you made the right decision?

We did hope for a grandchild but left it to you and Jane to decide. We knew Jane had problems and kept hoping they would get resolved. Jacob has been our dream come true. When I see him doing his mischief, I keep thinking what Dada would do.

18) JQ: How excited are you to be embarking on your first grandmother, daughter, grandson holiday?

I am looking forward to this holiday. I am excited and a bit anxious too.

19) How are you enjoying your grandma journey these days?

Jacob is the healing I need. Watching him run around (he just takes off) and try to say something is very amusing. He knows how to twist me around his stubby little finger and I don’t mind it one bit. Love the little boy. I’m there to spoil him for Dada and me.

(last pic is my grandma) 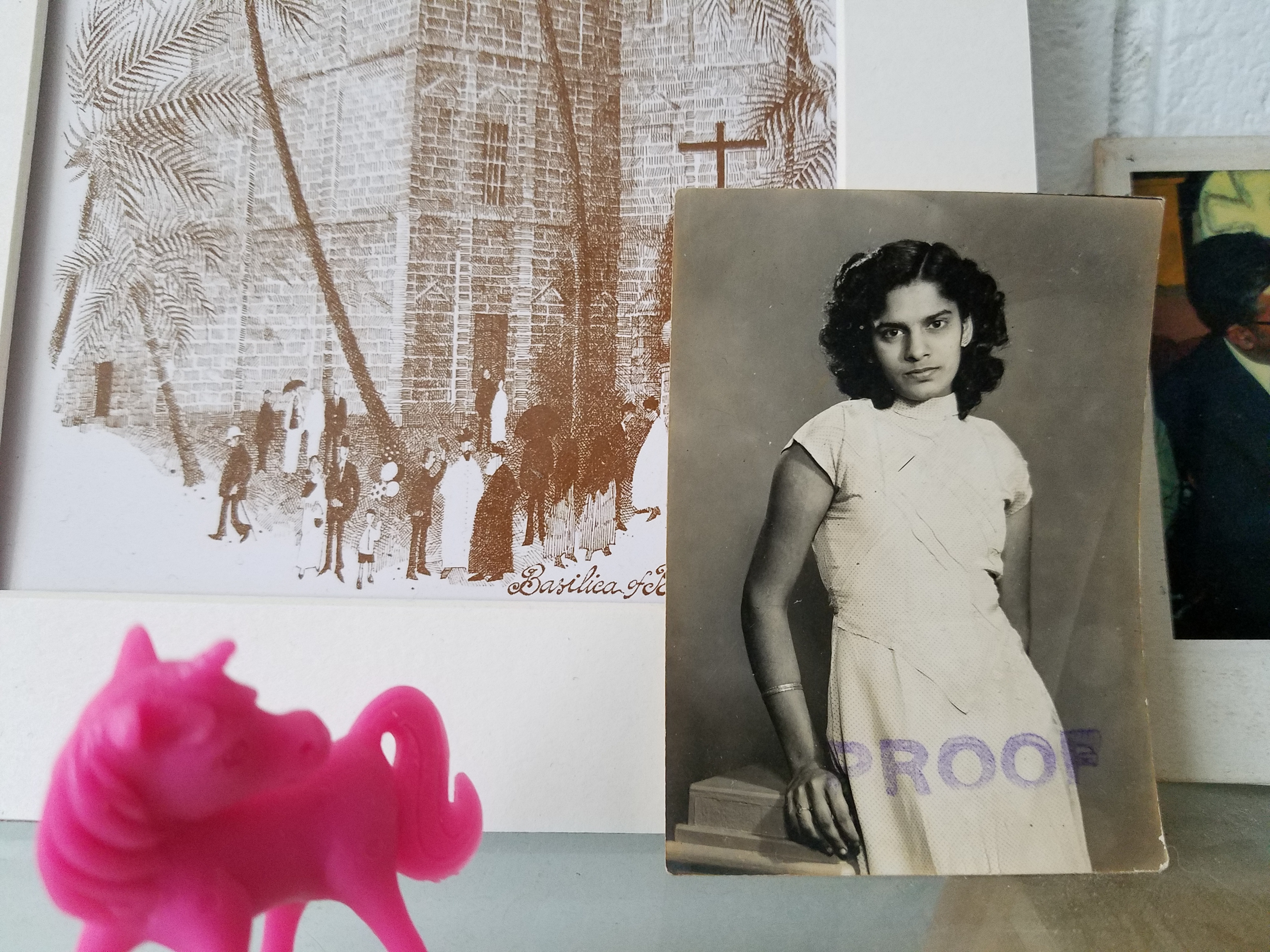 Previous Post: « Interview with Jane on her second Mother’s Day
Next Post: Moong (mung) bean hummus and I are back »