Home » Interview with Jane on her first Mother’s Day! 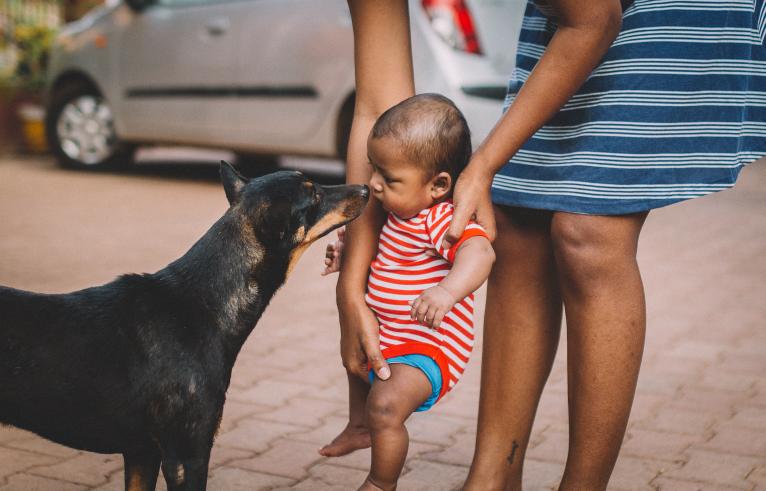 Because it’s Mother’s Day in America this Sunday and because my sister is a first-time mother this year, I decided to spread my mother’s day interview wings to include not just my mama (interview 1 and 2 here) but Jane too! LUCKY YOU JANE. Pardon the lack of food (unless you’d like to see a recipe for mashed banana? Or hear about baby J drinking 40 ml of water for the first time last week? No?). I have a feeling that you’ll enjoy reading this more than any recipe I have written so far.

It has been a whirlwind of long-distance aunty-type emotions for me ever since baby Jacob was brought home in March. I haven’t met him yet but I feel like I’ve known him forever. I’ve had a lot more time to “process” him than Jane and Sidney, who became parents the moment they sent off their adoption papers. They might have not known it but I had a feeling they were going to be great in their new roles when the time came. I wanted Jane to share a few of her new mama thoughts in the hope that maybe it will help other families considering adoption in India. Beyond this idea, I simply wanted you all to see Jane being Jane.

Jane is my elder sister and before Gayle (younger one) was born, she and I were the best of friends. We would wear the same clothes and say our night prayers together. I remember that I would get very angry if she didn’t wait for me to do routine but very important children things. After Gayle, I was like “see you later gotta work on my middle child image”. I have always been very irritated and yet, I have admired her ability to take charge of situations. For example, as kids, it went like this: “bring my bag”. As adults: “just do it why are you thinking so much”. Oddly comforting. We didn’t get along well as roommates but apart, I always hear her voice pushing me along through all the hard life decisions. I hope she always has someone doing the same for her as she finds a new ways to be herself.

Happy first Mother’s Day, Jane! Hope you instagram the ish out of it.

1) So you’re a mother! Express all of the emotions of the last few months using onomatopoeia (when the sound of a word indicates it’s meaning…for example “eeks”)

Complicated things you want. Making me google. I would say ‘whoosh’ because everything has been a blur since he got here and times moving fast.

2) How did you feel when you got to see/hold/pinch #babyJFC for the first time?

When we went to Ranchi, we landed, dropped our bags and went straight to the home. Everyone said to send photos and I wasn’t expecting that they would even have us see him so soon. When we reached there, the people in charge immediately asked the carer to bring him down. And I was nervous. A whole 14 months of planning and years of dreams were going to come down to this one moment in time. When they brought him, he was all bundled up and we got to see him, I almost cried. I was very emotional but I held back because everyone was looking at us. He was so adorable. Just staring at us. So quiet. They let us hold him for a while. I remember when Sidney was holding him, he went to sleep in his arms. That was heaven to me. That was the start of my family.

3) When did you start to feel a change in your identity from Jane the normal person to Jane the mother? Were you ever worried that you would take long to forge a bond with your son?

I still don’t feel changed. I was telling a friend that day that I feel too young still. Like someone will come out of the shadows, take this baby away and say “Go study for your exams” (A feeling maybe Sidney feels because he went back to college). But yes I don’t think I feel changed. My conversations revolve around him more, but I feel friends and family have rallied around the same conversations, so I don’t feel like I impose on them. Like some crazy baby mama who has nothing else to talk about.

I was deathly afraid that I would see this baby and feel nothing. I told Sidney about it too. But then knowing me, there is not a child yet that I don’t love. So while it was a fear, I knew it wouldn’t last long.

4) What made you decide to adopt? Since adoption still carries social stigma in India, were you ever worried about the potential questions you would get from people? How have you tried to answer and put these questions to rest?

I think as young as 12 I have wanted to adopt. In fact I have never held any desire to have children of my own, but I wanted to have children. As a teen I remember saying “Why bring more into this world but there are so many who want a home”. Only when I met Sidney did I feel like, ok, I might want to have my own children. But even before we got married, we used to joke that we should adopt a baby from each continent we visited. So Brangelina of us. (EDITOR’S NOTE: Same. Except I thought this when I was 11)

I think the reason I am so pro-adoption is because in our immediate family itself, 4 people are adopted. 2 first cousins on my mom’s side and 1 on my dad’s, plus my grandmothers brother was also adopted after my great grandparents had 12 kids of their own. I think watching all these people grow up no different than us, afforded every opportunity as us, made it so normal. It never felt like something unusual. Although now that I have adopted, so many people will ask Sidney and me, why we didnt have children of our own first. Random strangers even. Especially since we are so young and I guess, fertile. I’m sure most of whom we tell that we aren’t opposed to children of our own, but this is also what we wanted, think that either we are crazy or that one of us is damaged. And they don’t think anything about saying it in front of Jacob too. They even ask how long we’ve been married, as if to say if we haven’t tried for at least 8 years, then why take such an “extreme” step. Our maid thinks we aren’t trying hard enough. I don’t even want to get into the semantics of that. 😀

5) Do you consciously try to put your emotional well-being first now that you are taking care of another human? How do you practice self-care?

I don’t know about emotional well-being, but I do get very emotionally drained at times. It’s tough tending to another human being. Suddenly you go from no care in the world to tending to every “oo” and “aa” that comes out of this tiny mouth. I thank God that Jacob is a good baby. He doesn’t cry unless he needs or wants something. He’s not a “crier”. And with the right stimulation, he plays on his own, he often sleeps on his own. So he’s an easy baby.

As for self-care, now that Sidney’s exams are over, he has offered to take Jacob and spend the day at his parents so that not only do I get the day off but they also get a chance to spend time with him. Whenever I have errands to run or want to just go out and lose my brain in a movie, my mother, when she’s not at work, is glad to take him off my hands. Sidney is also a great father and does half of everything, so that’s great too.

6) What is the coolest thing you learnt about yourself after becoming a mother?

That I have this well inside me. A new dimension to my personality, character and being. Overnight, I was the same Jane, but not at all the same. That and my ability to entertain this child and get him to laugh.

7) What lessons are do you hope to take from your own mother while parenting Jacob?

Patience. I have none of it and she has all of it.

8) How does it make you feel to see mama and dada interact with Jacob?

Complete. One of the major reasons to ever have a child was to give them a grandchild. So when they reciprocate by loving him, that’s more than my heart can hold.

9) What sort of unsolicited advice have you got from strangers and what do you say back to them?

A fair amount. Some bothers me, some I shrug off. But off late the most unsolicited of the lot is moving him to solids (food). Even if I say I don’t want to till he’s six months old, they look at me like I’m torturing him. Even people with NO CHILDREN have their opinion. My friend said to use the “Doctor said so” line. And that’s worked fairly well.

10) Do you have any plans to use your story of becoming a mother to encourage other women around you about adoption?

I do. I don’t know how yet. More than 2 people I know wrote to me saying their friends are considering adopting after hearing our story. Still more who are just married messaged to ask the procedure (they still have to complete 2 years of marriage to be eligible to adopt). I also found out my ex-boss adopted. So many people, strangers even wrote to me saying what a “brave” thing we were doing. And how we were changing this boy’s life. I feel they are wrong. He is changing ours.

11) How excited are you to see #babyJFC grow up?

Very. In some ways I want him to never grow up. He’s so freaking cute. But yes, I want to see him walk and talk and grow and love and just be him. My only wish is that he is a nice human being. Kind, loving and decent. And maybe funny too. 😀 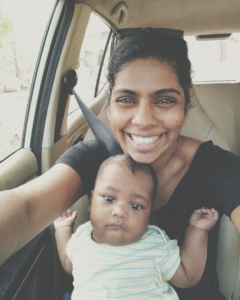