Home » Moong (mung) bean hummus and I are back

It’s normal to make a big food blogging comeback with just 2 photos of the dish right? If the past few months are anything to go by then this is the *PERFECT* way to make a comeback. Something went wrong with the rest of the moong bean hummus photos I made so this is what I have. It’s life’s way of saying “I own you”. That’s cool, life. It’s been a while. I almost forgot how it felt like to be humbled.(Yes, I took a break and yes, I called this moong bean instead of mung. It’s an Indian language v/s another Asian language thing. But they both mean the same and obviously taste the same.)

The break was because one of my food heroes died. I had to go clean myself off the floor many times in the past few months. I have read almost every grief phrase, quote, story and heard every platitude. While I understand the intention behind them all nothing changes the fact that someone is dead – in this case my dad – and that they’re now just a memory.

A lot and by that I mean everything I have written on this blog thus far was in some small or big way inspired by the food my dad made us growing up and as adults too. No trip to visit us in Bombay was made without him packing bags of frozen xacuti, curry or my mother’s meat paste to shove in our freezer. Jane and I lived like college students so he knew to always bring homecooked food and then spend rest of the trip stocking even more fish and goodies he bought from Crawford and Princess Street markets. “Jeven ani kaam”, were the words one of his friends used to describe my dad’s greatest passion. Simply translated to food and work. One was his passion, the other he did for his family and we reaped the benefits of both.

If you’ve been reading along for all these years, then you probably already know what a huge influence my dad has been on me. I write about him often and even though he’s not here now, I will continue doing so. The reason I started this blog was because I wanted food to bridge the distance between me and Goa. I didn’t know it at the time. I thought I was just cooking, writing and using the camera stashed in the hallway closet. All three turned out to be my greatest tricks for survival and I would be able to do none of it if I didn’t have a need to grasp onto every memory of my parents cooking for us in their kitchen.

That’s all you need to know. Oh and I miss my dad. This recipe was born out of a sleepover I had at my friend Izabella and her mother Priscilla’s new place. For lunch, she cut up some fresh vegetables, opened up a deli container of Trader Joe’s hummus and another dip I can’t recall. We ate heirloom tomatoes with garlic salt and everything else too at the picnic table outside. It was a beautiful day. The cat climbed up on the seat as we dipped peppers, cucumbers and carrots into hummus scooped onto our personal side plates.

I was reminded of the time mama, dada, Jane, Gayle and I ate alfresco lunch with Uncle Edgar on a weekday. Uncle was a little shaky from all the health stuff and I honestly thought this would be the last good memory I would have of him before I left Goa. As it turned out, we all had a wonderful Christmas together two years later, sitting cramped together in the balcony of his house, just that white formica coffee table in between us for sweets, snacks and drinks. That would be my last Christmas with both him and my dad.

That lunch, it was the most fun. Uncle made what he called the “BEST fish curry”. We brought out the plastic swimming pool table and ate under the shade of the coconut trees. We cracked up when Uncle yelled at the coconut plucker at the neighbour’s house asking him “When are you coming to take out my coconuts?” In hindsight, there is so much irony in all of these small moments and yet, I will always cherish them.

I don’t know if I’ll completely make peace with it but at some level I understand I would not miss all these people so much if they didn’t bring me so much joy (remember those grief phrases I was talking about earlier? this is oneeeee). It’s all just love dust sprinkled over our brains and tying all of it together is food. I am the luckiest person in the world and it hurts so damn much. 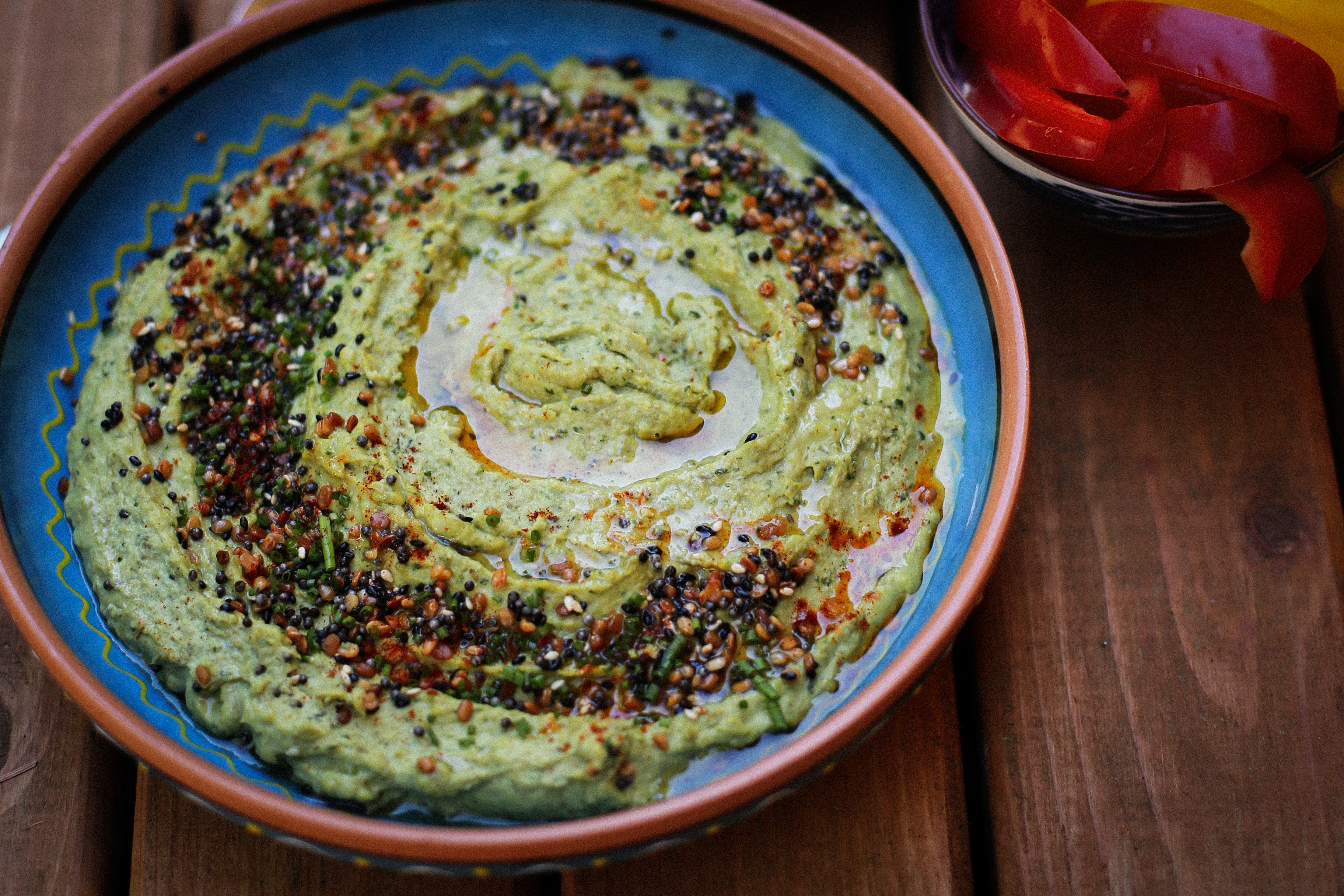 Urad dal is also known as black lentils. In Indian stores, they mainly sell it in its split form because it’s used to make dosa batter or as tempered toppings for South or West Indian chutneys. Note that though they are called black lentils, they are not the same as beluga lentils or any other UFO-shaped lentil you might find in your big box grocery. It looks exactly like a moong bean but instead of green, it’s black. It’s a must-have pantry item for me and if you have any interest in working out those dosa muscles, get a bag of it. Get two!

If you want to skip the suggested toppings, just go with whatever fresh herbs you have on hand. Roughly chop them and top with toasted seed of choice (sunflower, pumpkin, poppy). This recipe is super easy to make right from cooking the moong, which takes much less time than it would to cook chickpeas (assuming you don’t keep cans of them in your kitchen). I suggest adding turmeric, not for trendiness. I really do think a pinch of it brightens the colour adding to this dish’s visual appeal.

Place the moong, garlic, cilantro, tahini, 1/4 cup of olive oil and turmeric into a food processor. Blend it all together until everything combines into a rough-looking dip. Scrape down the sides of the bowl and then turn it back on, drizzling some of the remaining olive oil in a thin stream through the top. Blend until silky smooth. Add pepper and salt, to taste.

Scoop the hummus into a bowl and made swooshes around with the back of a spoon. Serve as is with more olive oil drizzled on top or follow on to the next part for toppings.

Heat a small frying pan with coconut oil on medium-heat. Once the oil is hot, add the sesame seeds, mustard seeds and urad dal to it. Stir the seeds, coating them well with the oil. Stir constantly, allowing the seeds and dal to toast, but making sure the don’t burn.

As soon as the seeds start to pop and get fragrant (in 1-2 minutes), turn off the heat or take the pan off the stove. Keep stirring for 30 seconds more to allow them to toast in the residual heat. Scoop the seeds into a small bowl and let them cool down for crunch.

Sprinkle the toasted seeds, chives and paprika on top of the hummus. Pour the rest of the olive oil on top and serve with fresh veggies.